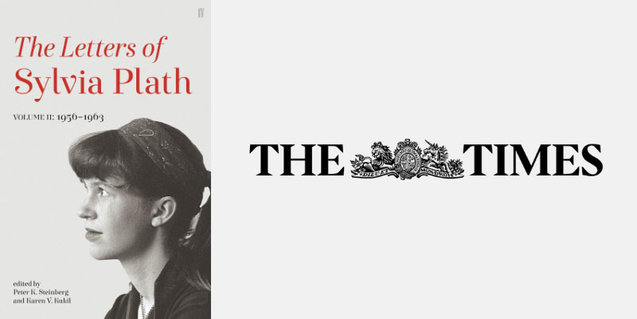 The Sunday Times of London has named The Letters of Sylvia Plath: Volume II, 1956-1963 one of the top books of the decade. The 2018 volume was edited by Plath scholar and biographer Peter K. Steinberg, and Karen Kukil, who is the Associate Curator of Special Collections for the Smith College Libraries. The pair also co-edited The Letters of Sylvia Plath: Volume I, 1940-1956, published in 2017.

The Sunday Times’ chief literary critic John Carey described the second volume of the late poet’s letters as “terrible in their intensity” and “unmatched in literature”. The article is posted online on the Sunday Times website, and is also included in the Arts section of the December 29, 2019 copy of the Sunday Times, available in the Young Library periodicals area.

According to Kukil, this edition was a group effort. Smith students transcribed 170 letters for Kukil's editing courses in the Archives Concentration program, and co-editor Peter Steinberg located and transcribed Sylvia Plath's letters to over 150 correspondents that made up the rest of this edition of over 1,400 letters. The newly released Plath letters to her former psychiatrist at the heart of Volume II were accessioned into Smith’s Special Collections in April 2018. Kukil has been honored to edit Plath's journals and co-edit Plath's letters for Frieda Hughes and Faber and Faber in London, enabling Plath to tell her own story in her own words.