Exhibition: The Lure of Italy, September-December 2016 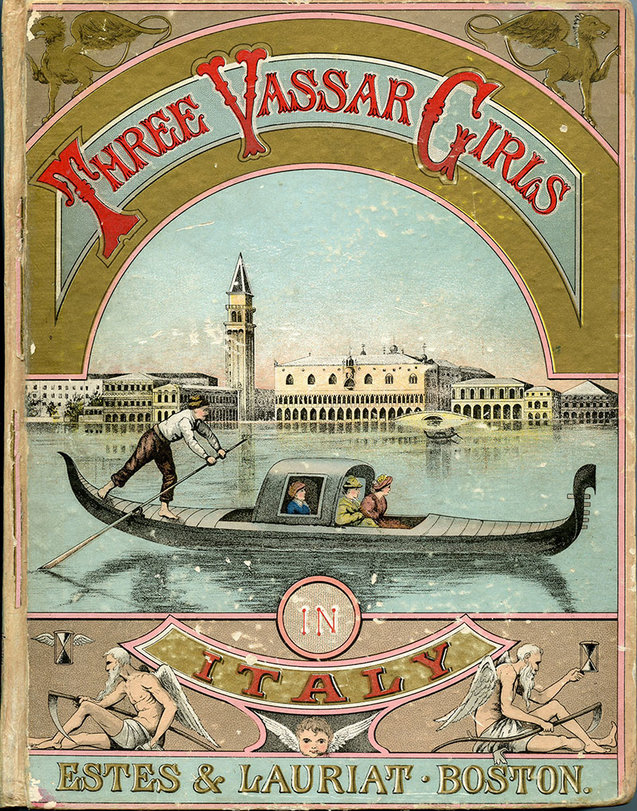 An exhibition of travel books and manuscripts from the Werner Gundersheimer Collection is on view through December 20. A lecture is scheduled for Thurs., Oct. 6.

Werner Gundersheimer, historian, collector and former director of the Folger Shakespeare Library, will present a lecture about the historical experiences of English and American travelers in Italy. Over the course of several decades, Dr. Gundersheimer assembled a remarkable collection of more than 600 volumes of Italian travel narratives which he has donated to the Mortimer Rare Book Room. A reception will follow the lecture. Sponsored by the Friends of the Libraries and the Mortimer Rare Book Room. You can view a recorded video of the lecture here.

Fifty books which celebrate travel to Italy from the 18th through the 20th century are on display in Neilson Library at Smith College through December 20. They are part of a remarkable collection of nearly 600 books on Italian travel which Werner L. Gundersheimer, director emeritus of the Folger Shakespeare Library, donated to the Mortimer Rare Book Room in 2014. The collection is composed of accounts of mostly English and American travelers to all parts of Italy, including the Grand Tour, later American cultural tourism, and women travelers. Many of the books are illustrated with drawings, prints, and photographs, and some of the texts shed new light on early travelers’ motivations and interests. Many books have decorative, illustrative, and colorful book covers. According to Gundersheimer, he first visited Italy as a suburban teenager in 1953, and was smitten. Later, as a Renaissance scholar, he became curious about how others had experienced the lure of Italy. His gift to Smith College reflects his admiration for its ongoing commitment to Italian Studies across the curriculum.

The exhibition was curated by Leslie J. Winter, who began working on this project shortly after the Gundersheimer Collection arrived at Smith College. In 2015 she received a Masters of Art in Art History from the University of Massachusetts Amherst. She is currently a candidate for a Masters of Library Science at Indiana University Bloomington with a Specialization in Rare Books and Manuscripts Librarianship. Curatorial assistance and installation by Barbara Blumenthal, rare book specialist in the Mortimer Rare Book Room.

Werner Gundersheimer was born in Frankfurt in 1937 and emigrated to the United States with his parents in 1940. He was graduated from Amherst College in 1959 and received his Ph.D. from Harvard University in 1963. After nearly two decades teaching and writing early modern history at the University of Pennsylvania, Gundersheimer became Director of the Folger Shakespeare Library, where he served until 2004. Since his “retirement,” he has taught at Amherst College, and at the George Washington University, and Williams College, where he currently is a Research Associate in the Department of History. He has published extensively on a variety of topics in French and Italian history. Since 1963, he has been married to Karen Gundersheimer, an artist best known for illustrating and writing books for very young children. They are the proud parents of  two Amherst alumni --Joshua, who practices pediatrics in Weston, MA; and Benjamin, the Grammy-winning children’s singer/songwriter known as Mister G, who holds a Masters degree in elementary education from Smith College. Werner Gundersheimer will present an illustrated talk, “Italia Mia: How British and American Travelers Made Italy Their Own,” on Thursday, October 6, 2016 at 4:30 in the Smith College Neilson Library Browsing Room, followed by a reception in the third floor Book Arts Gallery.

The Lure of Italy complements an exhibition in the Smith College Museum of Art, When in Rome: Prints & Photographs, 1550-1900, which is on view September 30 through December 30. The SCMA exhibition of prints and photographs examines the many ways the city of Rome has been pictured during four centuries.  Another satellite exhibition, When in Rome: Nineteenth-Century Grand Tour Souvenirs is on view in the Chace Gallery (third floor). This installation, which grew out of the Spring 2016 museum-based seminar, ARH 348, consists of a cabinet filled with the curious memorabilia of Anglo-Americans who took the Grand Tour (travel in Europe as a means of self-education).