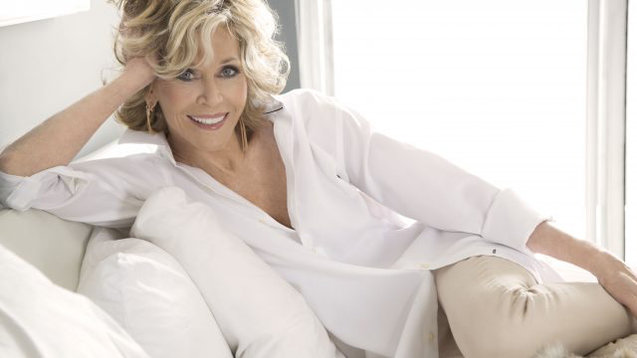 A remarkable collection of letters, documents, movies and other material documenting the life of acclaimed actor and activist Jane Fonda is now open for research through Smith College’s Sophia Smith Collection. The multiple Academy Award winner has donated her material to Smith, where it joins collections from other influential women—including Gloria Steinem ’56, Clara Barton, Margaret Sanger and Loretta Ross—in one of the world’s largest and oldest archives of women’s history. The material that Fonda has donated reflects her extraordinary impact on American life—and especially on the lives of women—in a remarkably wide range of fields, from acting and film, to political activism, to fitness and body image. See the Smith College press release for more information.

Jane Fonda in the Media

WYNC podcast, "Death, Sex, and Money". Host Anna Sale reaired the 2014 interview this week because "because it's one of those ones that sticks with you." In the show, Fonda tells Sale about her mother's suicide when she was a girl, her father Henry Fonda's long decline, and the lessons she learned by choosing to be alone.

The HBO documentary, "Jane Fonda in 5 Acts". "Girl next door, sex kitten, activist, fitness tycoon: Oscar-winner Jane Fonda has lived a life marked by controversy, tragedy and transformation, and she's done it all in the public eye. Directed and produced by award-winning documentarian Susan Lacy, "Jane Fonda in Five Acts", is an intimate look at her singular journey."