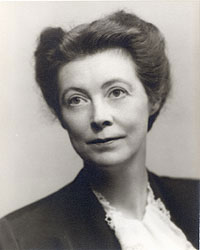 The Sophia Smith Collection (SSC), named after the founder of Smith College, is the oldest archive devoted to the study of women's history in the United States. Founded in 1942 by Margaret Storrs Grierson, the SSC has grown to 575 collections (9,000 feet) of primary source material and has been critical to the development of American women's history.

Images From the Exhibition

Smith graduate Margaret Storrs Grierson ’22 was the founder and first director of the Sophia Smith Collection, 1942-1965. She also taught English and philosophy at Smith College, 1930–1936, and served as the college archivist, 1940–1965 and the executive secretary of the Friends of the Smith College Libraries, 1942–1965.

Under the inspired leadership of Margaret Storrs Grierson, the Sophia Smith Collection evolved from a collection of works by women writers into an historical research collection of material documenting the lives and activities of women.

Margaret Storrs Grierson ’22 kept this framed lithograph in her office during her tenure as director of the Sophia Smith Collection (SSC). According to Grierson, the SSC “was intended not to sharpen the distinction between sexes, but to lessen it by gathering imposing evidence of the work of women, comparable in every way with that of men” (Smith Alumnae Quarterly, winter 1984). 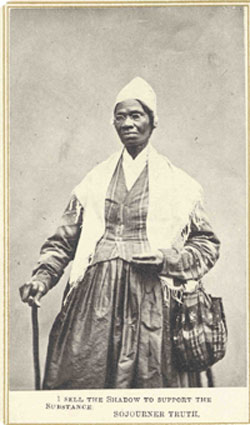 Another nineteenth-century abolitionist and women’s rights activist was Sojourner Truth who joined the Northampton Association of Education and Industry, a local utopian community, in 1843. With the help of a benefactor, she published her Narrative of Sojourner Truth, which was written for her by Olive Gilbert. Sojourner Truth supported herself by selling the book and photographic portraits while she spoke throughout the northeast. In 1850, she retired to Battle Creek, Michigan.

Framed gold record of I Am Woman by Helen Reddy (Capitol Records), 1972.

In 1971 the Australian-born singer, songwriter Helen Reddy wrote “I Am Woman” with Ray Burton. Capitol Records released the song as a single in 1972. This record celebrating female strength sold more than a million copies (mostly to women) and became the anthem of the burgeoning feminist movement. After Reddy won a Grammy Award for the song in 1973, she presented a gold copy of the re-issued disc to Gloria Steinem, “who helped make ‘I Am Woman’ the no. 1 hit in the world!”

Smith graduate Gloria Steinem ’56 co-founded Ms. magazine in 1972. The July 1973 issue of the magazine included an article on Helen Reddy by Susan Lydon. Steinem edited the feminist journal for fifteen years and is currently a consulting editor. In 2002, Steinem appeared on the cover of a special collector’s issue of the magazine making the universal “womb symbol” with her hands. Since 2001, Ms. has been published under the umbrella of the Feminist Majority Foundation, a major national and international research and action non-profit organization. 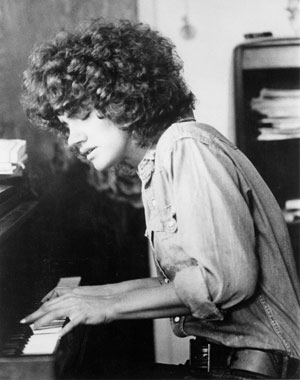 Singer, songwriter Margie Adam's career spans three decades of active involvement in the women's liberation movement. Her biographical files and recordings are part of the Women's Music Archives, founded by Lucia (Kim) Kimber. This new addition to the SSC, includes recordings, printed material, and memorabilia of woman-identified, woman-made music from the 1960s to the present. Margie Adam's personal papers are also promised to the SSC.

The latest issue of the Sophia Smith Collection’s annual newsletter is devoted to showcasing the records of the YWCA of the U.S.A., which were recently processed by Maida Goodwin ’83 and a team of archivists and student assistants. The stated goal of the worldwide YWCA movement is to “develop the leadership of women and girls” and “to achieve human rights, health, security, dignity, freedom, justice and peace for all people.”

The historical records of the YWCA of the U.S.A. chronicle the struggles and successes of the YWCA from 1860 to 2002. The 2½-year processing project, funded by the NHPRC and a generous bequest by Elizabeth Norris ’36, has made the nearly 600 feet of primary source material available for research on a wide variety of topics.

Scholars who are working on dissertations and books on the YWCA, include Dorothea Browder (University of Wisconsin), Amanda Izzo ’99 (Yale University), and Nancy Marie Robertson (Indiana University–Purdue University Indianapolis and author of Christian Sisterhood, Race Relations, and the YWCA, 1906-46). These scholars are featured in the Power of Women’s Voices conference on September 29, 2007.

Finding aids describing the materials in the Sophia Smith Collection are available online in the Five College Archives and Manuscript Collections database.