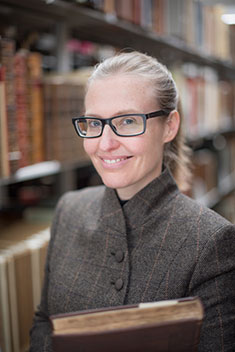 Shannon K. Supple joined Smith College Libraries as Curator of Rare Books in March 2017. She strives to develop, support, and promote collections and services that connect people to historical and cultural materials and to facilitate research, scholarship, and creative endeavors. Her research interests include disseminations of knowledge and the interplay between histories of the book, art, and science.

Supple looks forward to stewarding the Mortimer Rare Book Collection into the future, as we transition to a new library building, unite with College Archives and the Sophia Smith Collection, and broaden the voices and perspectives we steward. 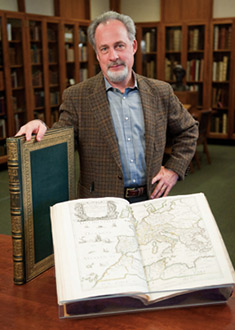 Martin Antonetti brought to Smith his passion for books and manuscripts—from the medieval to the modern—and the desire to share his knowledge about them and enthusiasm for them with others. He sought to broaden the reach of the Mortimer Rare Book Collection (MRBC), within Smith and beyond; he and associate curator, Karen Kukil, made approximately 70 class presentations and other lectures each year. Antonetti taught full-semester courses of the history of the book and contemporary artists’ books for the Smith Art Department using materials from the rare book collections. Antonetti was the founder and director of the book studies concentration, based in the former Mortimer Rare Book Room.

Antonetti has written and lectured on many aspects of book arts, including fine printing, letterforms, bookbinding, and book collecting. He came to Smith College from his position as librarian and director of the Grolier Club in New York City, the country’s premiere organization for bibliophiles. He also is on the faculties of the University of Virginia’s Rare Book School and the Simmons College Graduate School of Library and Information Science. A classicist by training, he received his library degree from Columbia University in New York, where he specialized in rare books and special collections.

One of Antonetti’s scholarly interests is the work of the 16th-century writing master and printer Ludovico degli Arrighi. Antonetti’s research included collaboration with Zoe Mindell '08, who examined an original manuscript in Madrid while on a break from her Junior Year Abroad in Florence. Antonetti’s investigation of Arrighi’s work resulted in the publication of "New Clues to the Early Life of Arrighi" in the Summer 2012 issue of The Book Collector. His research on Arrighi continues. In July 2016, Antonetti became Director of Distinctive Collections at Northwestern University in Evanston, Illinois. 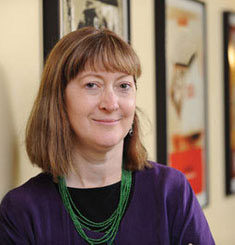 After Ruth Mortimer’s death at the end of January 1994, assistant curator, Karen Kukil, served as interim curator of rare books until the arrival of Michèle Cloonan in August 1995. Cloonan brought a fresh perspective to some procedures in the Mortimer Rare Book Room, and she continued Ruth Mortimer’s tradition of teaching undergraduates using original materials from the collection.

Cloonan organized “Books Illustrated,” a two-day symposium in 1996, honoring Ruth Mortimer’s work at Smith as a curator, teacher and collector. The program included presentations in areas of particular interest to Mortimer by long-time friends and former colleagues. An exhibition, “Speakers Illustrated,” highlighted the work of all participants in the symposium. A symposium keepsake featured three haiku written by Mortimer and an origami crane, both housed in a box covered with paste papers made by Elisabeth Hyder of Brookfield, Massachusetts. A printed booklet collected the highlights of individual speakers’ talks as well as panel discussions. 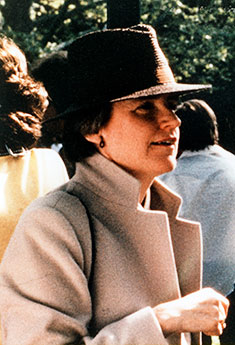 In 1975 Ruth Mortimer assumed the duties of full-time curator of rare books at Smith. During her tenure, Smith’s collections of books and manuscripts grew exponentially both through gifts and with purchases from endowed funds, the first of  which was established just two years earlier in 1973. Mortimer also negotiated for faculty status for the curator’s position; she was a lecturer in the Art Department. The Composition of Books (Art 261a) was a trailblazer in teaching book and illustration history to undergraduates using original materials. This seminar was offered from 1978 through the fall of 1993, just two months before Mortimer's death on January 31, 1994. The Rare Book Room was named in her honor before her death.

Bibliographer Thomas Tanselle has noted that in the second half of her career Mortimer had less time for the sustained work of scholarship and writing that resulted in the Harvard catalogues. Yet, in addition to overseeing collection development, exhibitions, researchers, and teaching at Smith, Mortimer produced “a considerable number of exemplary essays, reviews, and lectures.” Her passion for iconography led to A Portrait of the Author in Sixteenth-Century France (1980), and to a posthumously published monograph on printed Italian sixteenth-century portraits. Ruth Mortimer notes that the portrait of St. Catherine of Siena is “of special interest for students of typography rather than iconography” because the printed words on the book and on the heart mark the first appearance of the publisher Aldus’ new italic type.

Ruth Mortimer had interests beyond the Renaissance. She collected letters and verses by the Victorian writer Harriet Prescott Spofford (now in Smith’s manuscript collections). She was particularly intrigued by Mary Shelley’s Frankenstein; in 1976 she acquired a three-volume first edition (printed in 1818) for Smith. She wrote “Frankenstein: A Publishing History,” one of four essays printed in the 1983 Pennyroyal Press edition of Frankenstein, and she amassed her own collection of modern editions of the novel, many of them illustrated paperbacks. Her Frankenstein collection of books and ephemera, now in the Mortimer Rare Book Room, is used extensively by classes here. 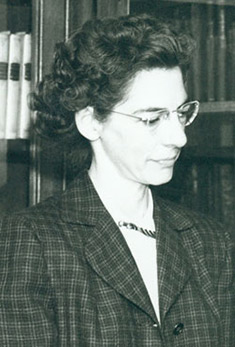 When King came to Smith, she found that the previous curator, Marion Brown, had left campus to serve in the Canadian military during the war. This essentially stopped the progress on the recently-formed rare book collection. King proceeded to build up these holdings with great speed, taking the Rare Book Room from fewer than 2,000 volumes in 1946 to more than 7,000 volumes in 1974 (The present collection includes approximately 45,000 books and manuscripts.) 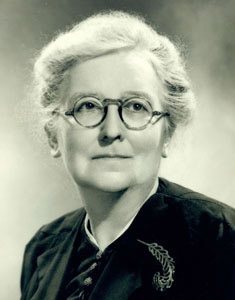 Mary E. Dunham was a Smith College Librarian from 1920-1942. Dunham had a great interest in rare books and advocated greatly for the Rare Book Collection at Smith College.

On February 14, 1939, Dunham addressed an Alumnae Council session, describing the work of a college library. A press release for this event notes that she spoke of the numerous collections in the Smith College Library and “of the treasures to be found in the Rare Book room." The Rare Book room was created in the 1937 addition to Neilson Library, which she oversaw. Dunham also suggested to the Alumnae Council session that Smith College would be “a most appropriate place for the development of a collection of books on prominent English and American women and their activities. … If the Friends of Smith College Library, which has been under consideration for several years, should eventually be organized, this is a field that would repay a collector’s effort.”